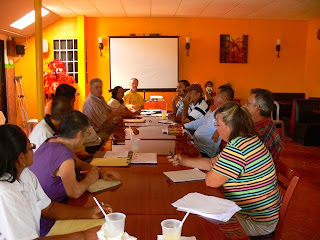 On January 21st after the BNYCF tournament directors training a B.C.F. board meeting was held.
This was attended by members from 5 of the six districts (Belize District sent apologies).

Each District association member gave an overview of the positive and varied chess activities in their district over the last 6 months.  Everyone is looking forward to holding district level tournament and continue their club activities.  There have been some really great chess camps to encourage new, young chess players and one of the key aspects is the growing role of Junior Coaches, those young players who are showing and demonstrating leadership skills.  The district associations are finding creative and resourceful ways to overcome the shortage of funds and sponsorship caused by the recession.

The next meeting will focus on how to hold tournaments or other activities to involve our adult players and our strongest young players in order to boost the skill levels of all our players.  That meeting will be on June 2nd.
Posted by Belize Chess Federation at 8:10 AM 1 comment: 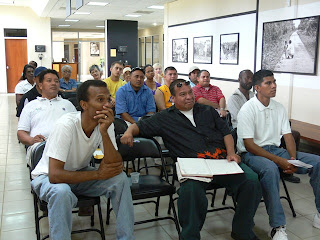 Report from the President, Brian Chun: 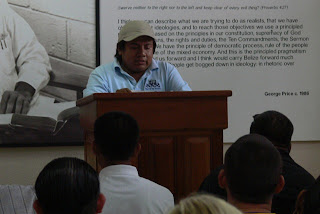 Report from the Secretary, David Coombs: 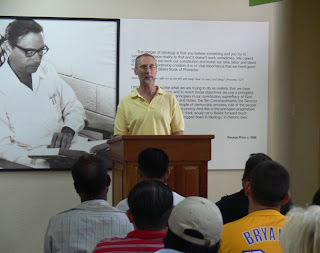 Report from the Treasurer, David Martinez: 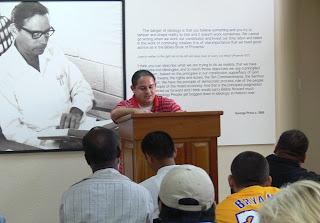 At the Annual General Meeting of the Belize Chess Federation, members from every district,  the BNYCF and the Seniors Chess Association discussed a range of issues that will continue the development of chess in Belize.  All the associations will work together to promote and develop chess for all ages but with an emphasis on working with youth using chess as an educational tool.

At the time of the BCF meeting, invitational tournament for the best players from all the districts took place on the second floor of the George Price Building. 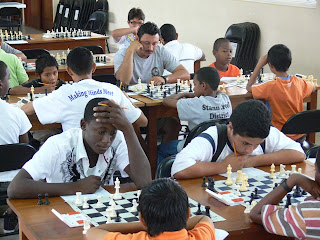 Award ceremony took place  in front of the BCF members: 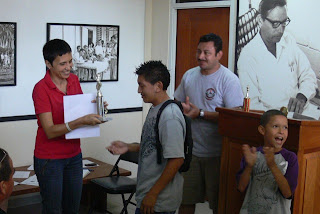 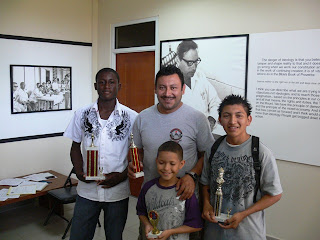 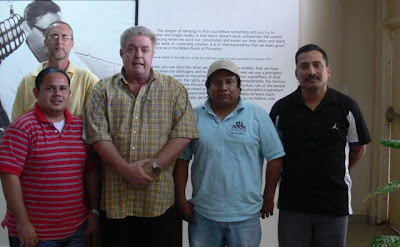 Meeting of BCF with FIDE representative

Caves Branch Jungle Lodge: April 4th, 2011 BCF board members met with Mr. Allan Herbert, Chairman of the Development Committee of FIDE.  It was a very productive meeting: BCF outlined the current  progress of chess in Belize aafter which  Mr Herbert expressed how impressed he was with the work of the current BCF board and stated that he is looking forward to working with us in the future. He described to us the overall work of FIDE around the world and the ways FIDE provides assistance to the developign chess federation.  After the meeting, he talked to the coaches and had a chance to play a little bit of chess.
Below: Kevin Frasure, OW Association, Brian Chun, President of BCF, Allan Herbert, FIDE. 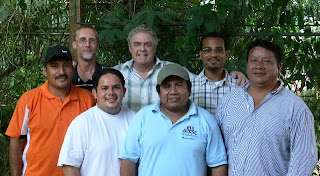